It’s fairly easy to find out a great deal about someone with just a name and a phone number. Smartphones have enabled governments and corporations to track our movements and monitor our conversations with unprecedented ease.

JMP is the first phase of the Sopranica network. JMP gives you real phone numbers for sending picture and text messages from a Jabber account.It is a way of using XMPP, to communicate over voice and text from an anonymous phone number.

The next phase -called-WOM-will create the physical infrastructure for cell network with a community radio network. This will essentially involve people hosting small, inexpensive radio devices in their home that plug into their routers to provide internet access points to Sopranica users in the area.

So what do you need to do to join Sopranica?

At first, you have to create a free and anonyms Jabber ID to communicate, these ID’s are similar to our email addresses.

Then you have to install Jabber app on your phone

You’ll also need to install a Session Initiation Protocol (SIP) app, which allows your phone to make calls and send texts over the internet instead of the regular cellular network.

Lastly, you need to get your phone number, from Sopranica’s JMP website.

Select whichever number you want as your new phone number from the list of numbers at the JMP website and then enter the Jabber ID. These phone numbers are generated by Sopranica’ VOIP provider. Once this is done you will get a confirmation code on our phone and will appear in your Jabber app.

Once you’ve entered your confirmation code, you’re ready to use your new anonymous number. You have to use your SIP app to send text messages or to make a call using your new number.

Messages are sent and received by using the Jabber IDs(JIDs). In order to send a message, first, you have to add the JID representing your destination phone number to your contact list. Once this done you will be able to send the contact a message and they will receive it as an SMS.

For making a phone call, you have to log in to the SIP account that was provided during the signup process. Then enter the 10-digit phone number that we’d like to call.If the SIP account is busy or not logged in, calls will be delivered to voice mail.

Gingerich says, “If you’re communicating with someone using your JMP number, your cell carrier doesn’t actually know what your JMP number is because that’s going over data and it’s encrypted. So they don’t know that that communication is happening.” 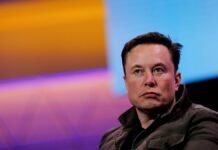 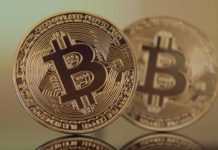